A view from the past 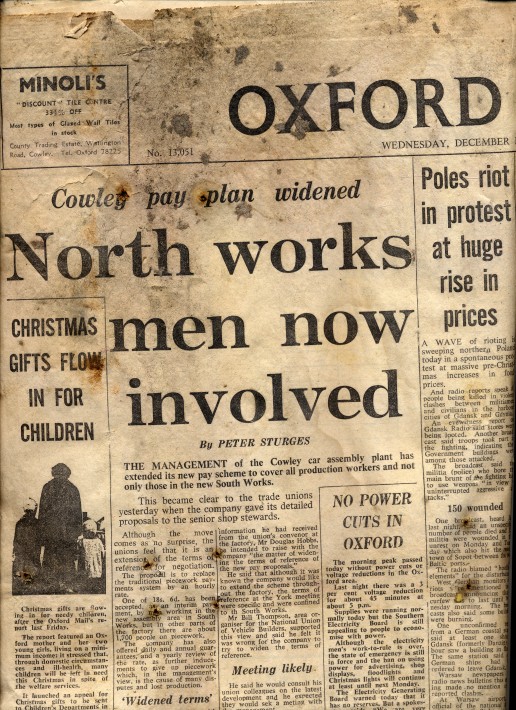 As you can see, the country was in a far different state to the one it is in now back then……. Or is it?

Well Peter Minoli obviously thought it was worth trying to attract a few clients with a special offer in the week before Christmas, with a view to clearing some older stock lines.

Although we have some members of the team here with 30 years’ service, no one can quite remember back to 1970, even Jonathon was only 2 years old then, and the company had “only” been in the tile business for 10 years, having started in 1960 (when we fully incorporated).

A few things that were in the news in December 1970…