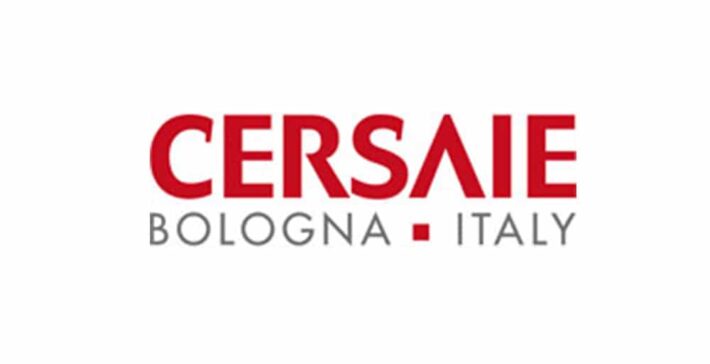 Jonathon Minoli, our managing director has just returned from the Bologna Tile exhibition “Cersaie” and is exceptionally excited about the ranges we will be introducing into our product offering for 2015, scheduled to be previewed in December 2014.

“It is always a pleasure to return to Bologna, like many people within this industry my body clock seems to know when it is time to head for Heathrow and take the two hour flight to the wonderful medieval city that is Bologna. I have been travelling to Bologna for the Exhibition for many years, this Cersaie was either my 24th or 25th, I really can’t recall which, my father had attended the very first Cersaie and the fair that preceded it which I believe was simply called “Saie.

“Each year there tends to be a theme, and over the years that I have been attending I have seen some very strange and quite outrageous future trends, some of which have come to nothing and some really were the new best thing in the industry – tile to look like wood, that will never catch on! This year the trend that we noticed most was the gentle evolution of the existing fashions into bigger and more elaborate versions of the originals. Wood effect is again a feature of the trends, with lengths of these planks getting longer and if anything even more natural than the wood it is based upon. Marble, or marble effect, where polished or matt porcelain is produced to offer every component of the aesthetic beauty of a natural stone, but with the technical characteristic and  abilities of porcelain.

“The Marvel series has been expanded and developed for 2015 to a range of exceptional characteristics with not only new colours but also new sizes, added to mosaics newly designed to complement all of the base tiles, the range now has no equal in tile, porcelain tile or even the original natural stones from which it is based. 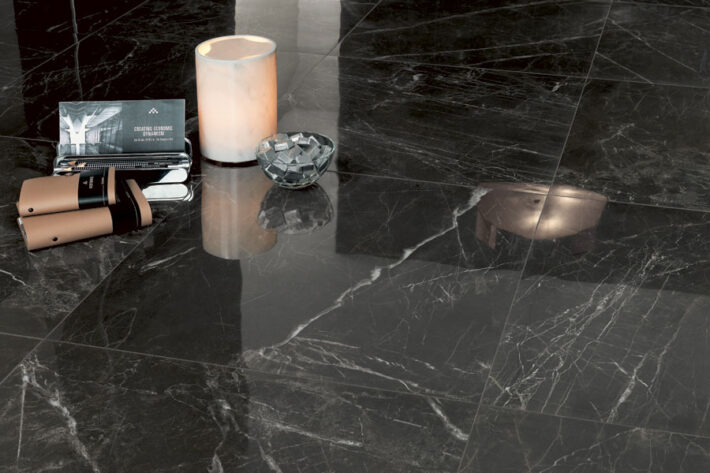 “For the coming year, 2015 , Minoli will be launching  ranges that encompass all of the trends set in Cersaie, with an extension and re launch of the Minoli Evolution Marvel series, additions to Etic, Axis and Travelling Wood effect series and completely new ranges such as LakeStone a remarkable range than replicates stones not often produced in porcelain tile, with large sizes and polished or satin surfaces.

“The exhibition was generally quite busy, though I often wonder how many of the visitors are actually there for business, I suspect if all of the people within the centre were analysed it would be quite horrifying as to just how many are actual decision makers and buyers, probably not very many at all, I will be surprised if that survey is ever carried out! The attitude of almost every person I met was positive, which given that most of the material we have produced is from Italian sources is a little surprising. Italy is in a terrible mess financially and there upbeat approach is quite admirable given the dire situation of the economy. An excellent article recently written by Roger Bootle of Capital Economics in which he talks about how, in his considered opinion the Euro has been a very bad thing for Italy and that the only option is for with drawl from the currency and that is only a matter of time. A link to the article can be seen Here, Roger Bootle is Managing Director of Capital Economics.

“There is something else about this exhibition, which is quite unique I feel amongst trade shows, the location in Bologna seems to bring out the best in people and you will often see those that spend all year in ferocious competition sharing a drink in the famous cocktail bar of the Majestic – Baglioni Hotel, or at the very least sharing the same space.  I often think that this is a form of neutral territory or even holy ground where the differences and the need to compete are put to one side in a city that welcomes the tile industry like no other.

“This years Cersaie has like many before it given us inspiration and new products to ensure that 2015 will be for our clients just as dynamic and on trend as it should be and full details of these new ranges will be forth coming in the next few weeks, with the main product preview set for early December.

As for Cersaie of the future…. Well we have already booked our rooms for 2015!”