On the evening of Saturday April 18th, the great and the good of the British ceramic tile industry, together with international visitors, gathered at the prestigious St Johns Hotel in the heart of Solihull near Birmingham, for the annual TTA Awards.

The Tile Association awards celebrate all that is best in the wall and floor tile industry. They recognise and reward the outstanding products, people, businesses and projects of the preceding year.

2015 is a significant anniversary for The Tile Association, which marks 15 years in its current form, having evolved from other tile related trade organisations, such as the NATD, which merged to form one body to represent the very best within the British Tile Industry.

Over the past year, the TTA have done much to increase the profile of the awards and this year’s accolades were particularly hard fought. An all-new panel of judges remarked on an impressive increase in both the number and quality of submissions. 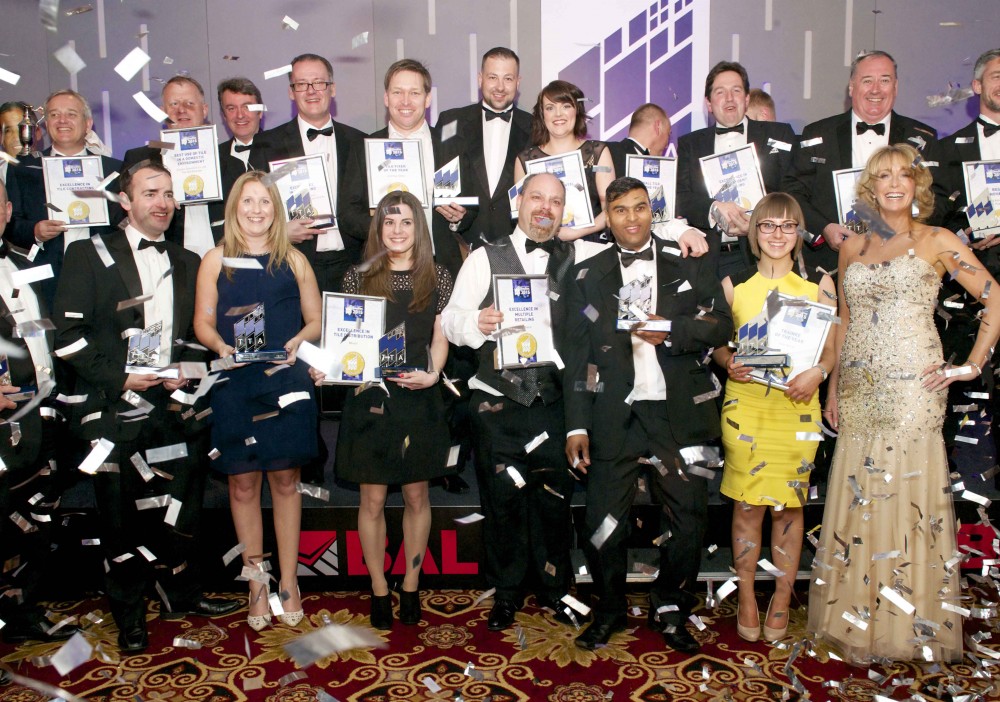 2015 also marks a significant year for Minoli, since their incorporation in 1960, and it was all the more fitting that they should win their 5th consecutive award for Excellence in Distribution in their 55th year of trading.

The Excellence in Distribution award, representing the core competency for the industry, is widely regarded as the most important and prestigious of all the categories and it is unprecedented for any company to have won so often and in so many consecutive years.

Jonathon Minoli, Managing Director of Minoli said of this further award, “I am truly delighted that Minoli are able to receive this award from The Tile Association, for the fifth consecutive year, which is a record for any company in any category.

“This is all down to the hard work and dedication of every single member of the Minoli team. We felt that our submission to the committee and ultimately to the judges was very strong, as it relayed to them our commitment to distribution in its truest sense and the associated benefits for our clients, which include predominantly the independent retail sector, as well as developers, house builders and contractors.

‘We were also finalists in the Floor Tile of the Year with the Marvellous Marvel Series, which has been a tremendous success in the market place already, where it is being utilised as a more durable and contemporary alternative in the place of marble and stone.”

The award was presented to Minoli on the night and collected by Sophie Weitz, who manages the design and marketing department within Minoli.